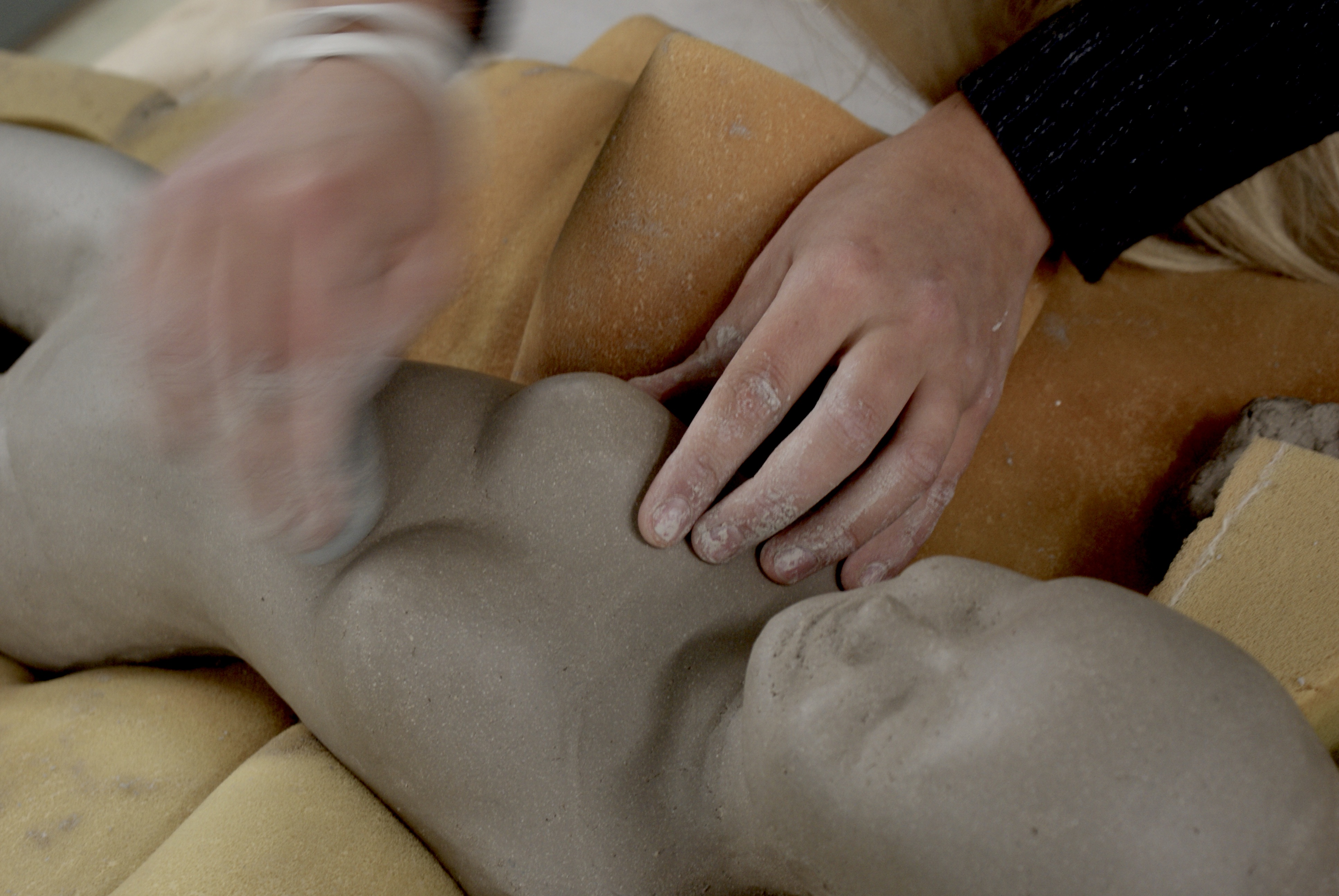 The huge popularity of ‘human interest stories’ has ensured their increasing regular use, yet it remains dangerous to relate an artist’s work directly to his or her biography. The result can be a shameless reading of implications not actually expressed. It also encourages the tendency to play the psychologist. I shall do my best to avoid skating on the thin ice of either activity. Nevertheless, when analyzing Klasiena Soepboer’s work I cannot escape referring to her environment, to Schiermonnikoog.

Klasiena Soepboer was born and bred on Schiermonnikoog. A small Wadden Island with around 1,000 inhabitants, more than 300,000 tourists, 200 cars, a national park and enormous beaches. The countryside is beautiful and largely authentic. More or less everyone in the village works in the tourist industry. Everyone knows everyone else. At the same time, it remains possible to escape the social pressures and to enjoy the scenery alone. Walking, running, cycling, beachcombing, are all possible without seeing another soul. Klasiena Soepboer knows this better than most. This feeling of freedom is something she frequently seeks. Since these activities are often linked to solitary pursuits such as thinking, contemplation, reflection or letting your imagination take flight, these trips create the foundations for her art. She not only sees and discovers the beauty of nature; at the same time she realizes that many people no longer see these things. As the addiction to electronics grows, so the distance from the natural environment increases. Huge electronics firms may use nature in their logos, but their gadgets continue to drive their users further away from nature. In addition, growing tourism is increasingly turning the countryside into a playground, an environment that is there to be used and abused and seems to evoke fewer and fewer associations with its natural origins.

When starting out on her artistic career Klasiena Soepboer decides nature will be the theme for her work. She wants the viewer to take another look at what is so special about it and not to take it for granted but to see it as an indispensible, rich resource. Given the environment from which she comes it is hardly surprising that she chooses to work spatially. For her, nature is almost a synonym for space. As a born beachcomber she starts with existing materials. Primarily these are the elongated shells that can be found in their thousands on the beach, and also driftwood and the remains of fishermen’s nets. For the basic shapes she uses old car tires or rubber rings and in some cases used aluminum cylinders.

She graduates from the Academie Minerva in Groningen with large organic sculptures that seem to rise out of the ground. As if the beach has pushed them up to the surface. The benevolence of their shapes and their aesthetic skin of shells make them eminently cuddly, like living creatures at rest. This is deceptive, however, since the shells are sharp. They first attract and then repel. This characteristic gives the sculptures an inner tension. And it is this characteristic that triggers the viewer’s imagination. They initiate narrative. Through not giving the works a title, the artist leaves the subject matter of the story entirely over to the creative viewer.

In 2012 this work wins her the Coba de Groot Stipendium. She decides to continue her education at the Rietveld Academie in Amsterdam. Far from the island where she has spent the majority of her life. Here, she chooses the ceramics department. The shells are now accompanied by another natural material: clay. The sculptures remain spatial but they become more of a narrative. They grow even closer to the artist’s biography. The themes shift. After a number of classic animal figures that try to portray people’s animal side, she gives them the title ‘Survival of the Fittest’ and considers them to be transitional works; the human figure enters her works in 2013. In particular the female form. Her reference here is to Aphrodite, the goddess of beauty, and of desire and of love. The goddess who, according to classical tradition, arose from the foam of the sea, foam that in turn originated from the genitals of Uranus, cut off and thrown into the sea by Cronus. Through extensive experimentation with the materials she succeeds in giving the women a life-like, crazed, occasionally transparent, sparingly colored skin. They don’t have the gloss of classical examples. The body is enclosed in a sort of bed of shells. At first sight the sculptures seem to portray pure beauty. On closer inspection the bodies appear mutilated. Making them somewhat frightening. The beauty is threatened or even under attack.

Klasiena Soepboer says that these works stem from her experiences in social intercourse, on Schier but to a greater degree on the mainland where she had to go for secondary school and college. For the most part she can be herself and celebrate her freedom in the countryside, where there are no rules, just space, where ‘primal man’ still has the right to exist, in social association you have to follow peer group rules, set by the laws of the mass media. These determine what you must look like, which fashion and trend requirements you must meet, what passes for beauty and what not, in other words when you’re ‘in’ and when you’re not. This situation makes her conscious of her body, since this counts as an indicator. If you are different, you don’t fit in, you are ignored. A modern variation on the principle of survival of the fittest. It feels like an attack on her personality, a mutilation of who she is. Natural has to give way to acquired and artificial. This is why she violates the symbol of feminine beauty, Aphrodite, in her work. At the same time, by choosing this classic example, she raises her personal themes to a universal level.

By then presenting these works as an installation, thus surrounded by her organic sculptures, she turns the space into an area of tension into which the viewer can enter and where he or she can experience what she, herself, has experienced. Another way of generalizing the personal.

The female form is a classic theme in the history of art. Its vulnerability has been actualized in the 20th and 21st centuries by artists such as Kiki Smith (1954) and Berlinde De Bruyckere (1964) for instance, who in turn have been influenced by Eva Hesse (1936-1970) and Louise Bourgeois (1911-2010). De Bruyckere depicts the pain and suffering without suggesting any direct cause, with Smith the vulnerability was initially related to the aids and drugs crisis of the eighties. Later they were more closely linked to public vulnerability: women are represented in a particular way and are considered to live and to be in accordance with this representation. Klasiena Soepboer’s latest work is in line with this. Like Hesse, Smith and her Flemish colleague she is trying to make this vulnerability visible and tangible in the material she uses. While these three mostly use transparent (plastic) materials such as latex, wax and resin, Klasiena Soepboer uses shells and fired clay. The roughness and thereby the suggestiveness also makes them kindred spirits. All four open themselves to such an extent, that the viewer is given the possibility of identifying therein her own story.

It is almost impossible to predict how Klasiena Soepboer’s work will develop. It is much too early in her career to say. However it would not surprise me to see the present vulnerability grow into more self-confidence and assurance. In which case she will find herself alongside women such as Louise Bourgeois, the later Kiki Smith, Tracey Emin (1963) and Cecily Brown (1969), artists who in their work, use (or have used) the female form as a source of power. Artists who, rather than observing from their island, are aware of their power, including their sexual power, and so get involved in the flurry of prejudices and coercion for physical conformity.

You can find out more about which cookies we are using or switch them off in settings. 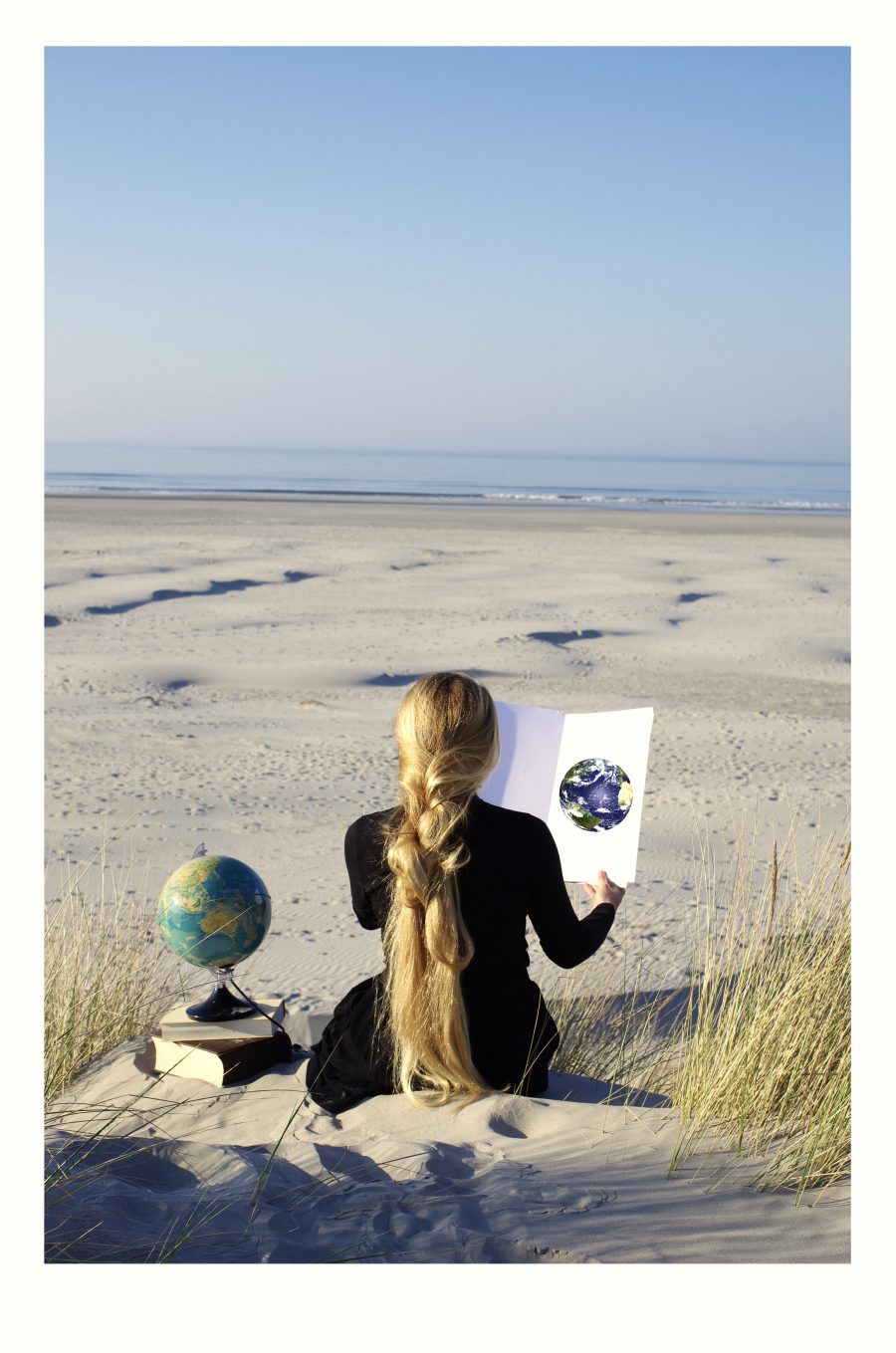